Three Famous Aquarian Visual Artists : Was Their Destiny Written in the Stars? 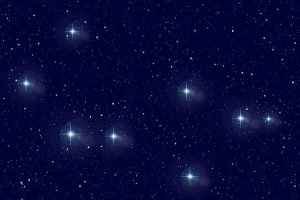 Astrologers commonly believe that the position and alignment of the planet and stars at the time a person is born influence a person’s personality and behavior. The alignment of the objects rotating and revolving in the planetary system affects the lunar nodal cycle, which is the movement of the moon as a satellite of the Earth. Such beliefs are said to be manifested by the life and times of several visual artists; albeit dependent on an astrologer’s analysis and interpretation of the cosmic elements and their positions in the universe 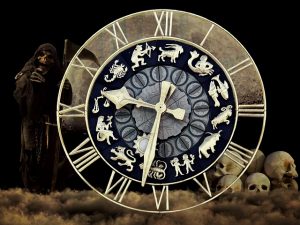 According to popular astrological beliefs, the North Node of a particular lunar nodal cycle determines a person’s future. Yet the realization of a destiny depends on how well that person deals with the events of the present. While we often wonder why things always happen to us, or how our intuition helped us avoid a negative outcome, astrologers say that there are patterns involving repetition of certain events that happened in the past.

In a lunar cycle in which the north node aquarius has been calculated, we noted several popular visual artists whose destiny may have been written in the stars, so to speak; but somehow, their actions during their lifetime affected the future.

Norman Rockwell is an American painter but is best known for being an illustrator. That is so because Rockwell spent a great part of his career doing illustrations for the ‘Saturday Evening Post, for which he created 321 amazing covers. As a painter, Norman’s artistic inclinations were in the depiction of the American people’s spirit amidst the events that transpired during his era. At that time many Americans experienced poverty during the Great Depression. There was also the civil rights movement, the Vietnam war which Rockwell refused to promote, space exploration and other significant national and international events.

A few years prior to his death, Rockwell established a foundation through the Norman Rockwell Museum to make sure that the artistic legacy he will leave behind will continue to flourish even after his death.

Jackson Pollock was another famous American painter considered as a pioneer of modern art because of his drip painting technique. He reached an exclusive prestigious position in the world of art by breaking away from traditional methods and by not using any tool for abstract painting, Yet Pollock became an alcoholic while at the prime of his career. Sadly at age 44, Pollock’s illustrious career ended when he died in a car accident as a result of DUI.

Edouard Manet was a French artist renowned for his works as an impressionist painter of controversial artworks like the “Olympia” and ‘The Luncheon on the Grass.”

Manet appeared to have a great obsession with women whom he often portrayed in the nude, which was considered as scandalous during the 18th century. Art critics harshly opposed Manet, who contended that he was painting what he sees and not what people want to see. At the age of 51, the controversial painter died of syphillis complication and gangrene from an amputated leg.